TRACTION CONTROL EXPLAINED
Traction control is standard on every new 4WD these days.

We’ve been living with traction-controlled 4WDs since late last century and systems have improved dramatically in that time. 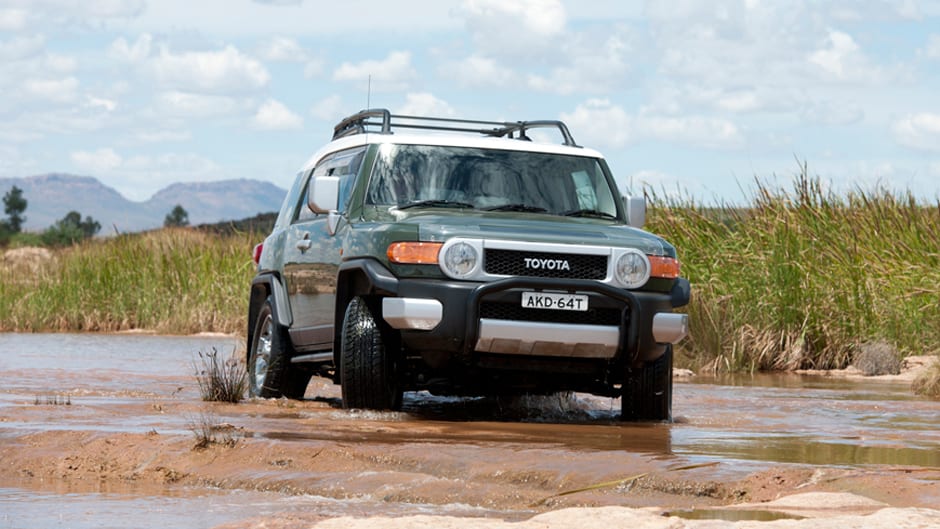 Electronically triggered, brake system traction control is a relatively cheap addition to a vehicle that is already fitted with ABS, because the same electronic wheel speed sensors that send wheel lock information to the electronic control unit are used to send wheel spin information. Most people are familiar with the ABS system’s toothed wheel and sensor package that monitors wheel speed several times each second.

In an ABS heavy braking situation, should one wheel slow at a faster rate than the others, the brake pressure at that wheel is released and reapplied in rapid pulses. The result is straight-line stopping without wheel lock and with the driver’s ability to steer the vehicle at the same time.

With traction control, in a wheel-spin situation, the ABS wheel speed sensors can detect if one wheel is rotating faster than the others and braking pressure is applied to that wheel. The braking action slows wheel spin, but also allows torque to pass to the other wheel on that axle, providing traction. Without braking action on a spinning wheel the other wheel on that axle gets no driving torque, unless there’s a differential lock in between them.

For ASR to work with ABS hardware it needs an electronic control unit and a power supply that can provide brake pressure without the driver’s use of the brake pedal. That’s achieved by a master cylinder with an attached ‘accumulator’ that stores energy. The most popular type of accumulator is a gas-filled cylinder that’s pressurised by an electric pump.

Vehicle designers were quick to appreciate that ABS-based traction control could be extended to provide stability assistance in on-road conditions. By linking the ABS/ASR hardware to a ‘yaw’ sensor, a steering wheel position sensor and another electronic control unit, the selective wheel braking ability of traction control could be used to correct vehicle ‘out of shape’ behaviour, such as excessive understeer and oversteer. Electronic stability control (ESC) was born. Electronic stability control systems include a link to the engine computer so that when the ESC system determines that the vehicle is understeering or oversteering excessively the engine is depowered at the same time as the selective braking action takes place.

In an additional function, the traction control accumulator was utilised to enhance braking pressure in emergency stops – emergency brake pressure assistance – and ABS was improved by the inclusion of electronic brake force distribution (EBD) that proportions initial brakepressure in proportion to the tyre grip at each wheel.

Electronic controls have crept into transfer cases as well. Most new 4WDs have electronically lockable front/rear transfer units, with manual or automatic control and some can transfer torque in varying proportions to front and rear axles.

The increased sophistication of on-board electronics has encouraged 4WD designers to advance the design of traction control and dynamic stability systems. The trend is away from brake-system activation to torque distribution, with the goal of preventing traction loss in the first place.

GKN’s Electronic Torque Manager (ETM) provides electronic control of driving torque between the wheels of one axle or between the axles. ETM uses an electric motor to engage a wet clutch pack via a ball ramp mechanism. The ball ramp converts the driving torque of the electric motor into a high axial force, which presses the wet clutch plates together.

A key component in Jeep’s Quadra-Drive II system is the ELSD differential design that uses electronically controlled clutch packs to vary drive from full slip to lock in each axle. Jeep earlier tried to achieve this result with its all-hydraulic Vari-Lok design, but has now switched to electronic control. Another system is Audi’s ‘sport differential’ that distributes input torque variably between the two rear wheels, with almost the entire tractive force reaching one wheel if this becomes necessary. Depending on steering angle, lateral acceleration, yaw angle, road speed and other signals, the control unit calculates the most suitable distribution of torque to the wheels.

Active torque distribution is based on an entirely new design principle for the rear-axle differential, with ‘overdrive’ gears and multi-plate clutches outboard of the side gears. The clutches are activated by an electro-hydraulic actuator and each overdrive output stage rotates 10 percent faster than the side gear that normally drives the wheel.

The ingenuity lies in the fact that the overdrive ring gears and sun-wheels are meshed together via external collars, resulting in generous gear tooth overlap.

The clutches are electronically engaged and disengaged so that one rear wheel is able to over-speed and over-power the other, providing programmed rear wheel ‘steering’ that negates over- or under-steer.

Audi claims the sport differential eliminates load-reversal reactions when the accelerator is lifted or the brakes are applied suddenly while cornering, because it’s as effective on the overrun as it is when the engine is driving the wheels.

Traction Control on Your 4WD

The age of your 4WD may be a determinant of its traction control system’s ability. For example, Land Rover Discovery 2 traction control wasn’t very effective, while the Disco 3’s was excellent. The Pajero’s original traction control allowed a great deal of wheel-spin to occur, but was remedied in post-2007 models that had an optional rear diff lock fitted. Early Toyota DAT systems on 100 Series Saharas didn’t function very effectively, but the Prado’s system has been powerful from the early days.

However, traction control is, by nature of its design, inconsistent in performance. All braking system based electronic traction control systems use energy storage to apply braking force to control wheel spin and when that energy is depleted the system stops working.

The duration of braking system traction control operation varies with the terrain, but we haven’t found any that work for more than around 30 seconds. That’s fine for bursts of traction control on steep climbs that have loose or slippery patches, or for mud hole crossings, but for consistent traction in very soft or slippery conditions, where wheel spin is on the cards all the time, traction control can bail out, leaving you with open differentials, front and rear. In these conditions an LSD-equipped 4WD may be superior, let alone one with mechanical diff locks front and rear.

For less serious punters, who don’t notice traction and swerve control cutting in very often, the electronic traction control solution is the correct one.

The best of both worlds, we feel, is electronic traction and stability control, with across-axle diff locks – factory-fitted or after-market – for those who need them.

Traction control of whatever type is an important factor in making off road driving as effortless and mechanically benign as possible. Doubtless we’ll see more progress in this area over the next few years.